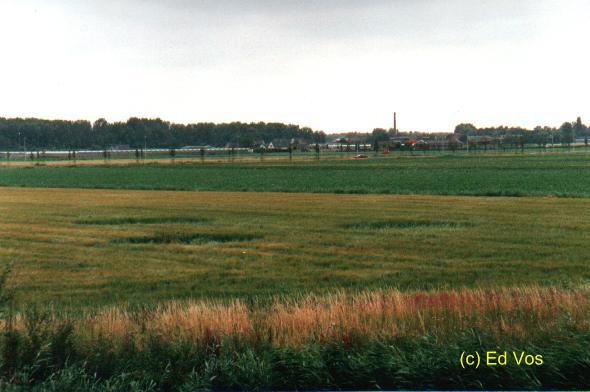 On request of some scientist, I loaded water in this formation with the cropcircle making energy
Click on the arrow for photo's and a report 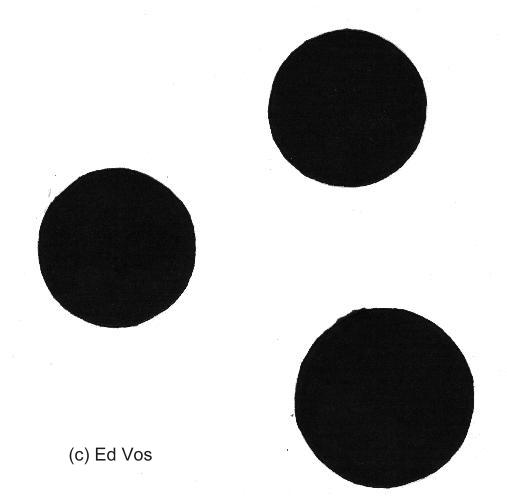 The formation consisted of 3 circles, that layed in the field in a kind of triangle. They were not nicely round. One was actually ellips shaped. The sizes were about 9, 8, and 8 metres For exact sizes, just mail me. Also this time we couldn't videoshots, becouse the equipement failled, as often happen in cropcircles, as we experienced earlier. The GPS meter of another cereologist failled, but worked after a short periode. In the surroundings, not far from the formation, new houses were beeing build. A remarkable thing is the fact, I didn't feel that well, driving to the formation. When I was in the formation, I felt very good at once. The energy in the formation was a very good one. The crop was layed down anti clockwise in al the individual circles. One, that was closest to the road had had a lot of visitors, tramlines and standing crop had more damage as neccesary.
The other two circles were in a much better condition.Our compass did not show a significant magnetic field.